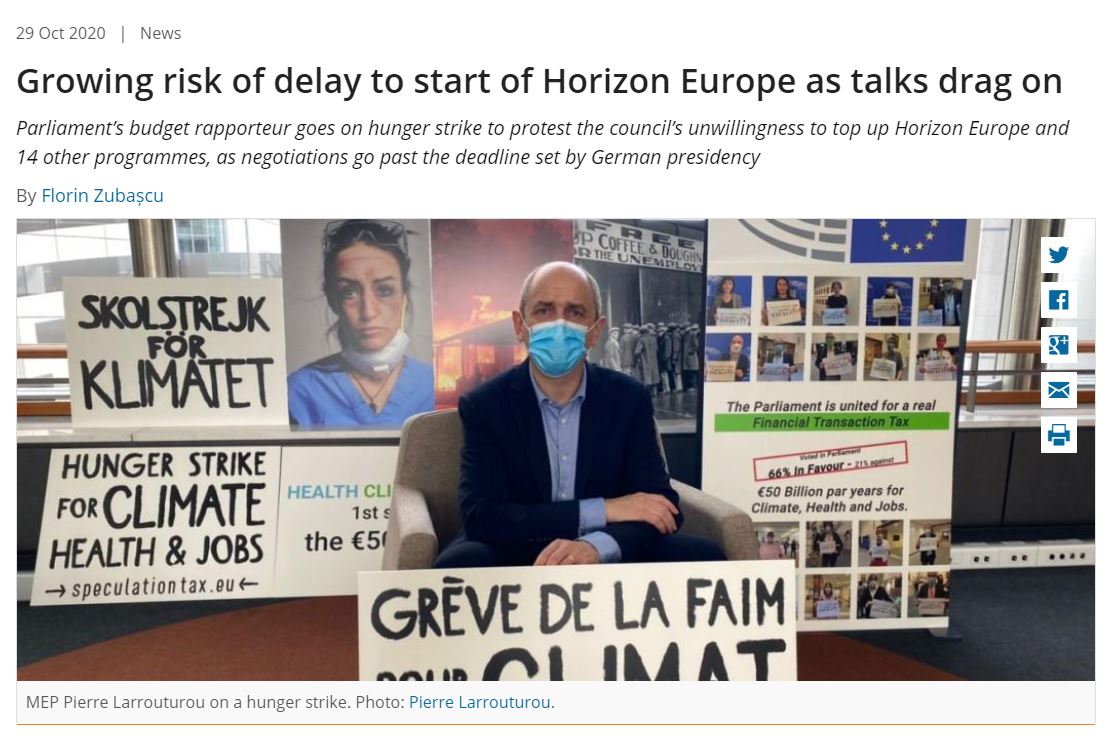 The European Parliament decried the EU Council’s “hardened stance” on top-ups for Horizon Europe and 14 other programmes, after negotiators failed once more to reach a deal on the EU’s multiannual budget.

The negotiations took an unexpected turn on Wednesday, with the parliament’s budget rapporteur Pierre Larrouturou starting a hunger strike, as his colleagues in the budget negotiating team were about to enter a new round of talks with the German presidency of council. Larrouturou is one of the parliament’s staunch supporters of a higher budget for the research programme.