What Europe does for you

Brexit will continue to be on top of the European Parliament’s agenda because there is a lot to talk about. First, the EU and Great Britain have to negotiate an orderly exit, then a transitional understanding, and finally a future agreement. These negotiations are very complex. Consequently, Brexit remains an important topic, also in private discussions with my colleagues.

Trading with Great Britain is very important for the German economy. Exports alone to Great Britain amounted to €116 billion in 2016, which corresponds to 3.7% of the total Gross National Product. Industries concerned are mainly the automotive and mechanical engineering sectors as well as the pharmaceutical industry. Consequently, this trade creates a lot of jobs. 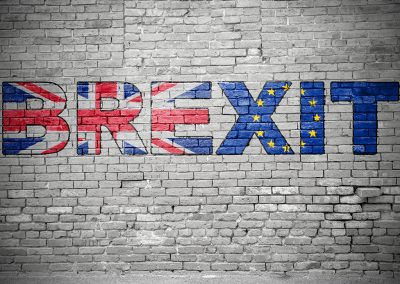 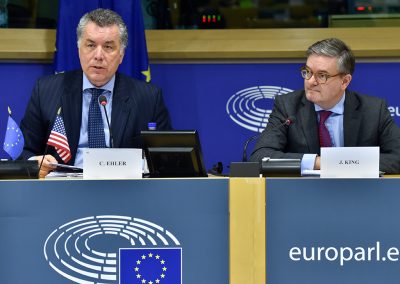 In Brandenburg, we will also notice the consequences of Brexit. In 2016 alone, companies based in Brandenburg exported goods worth half a billion Euros to the UK. As a result, Great Britain is in 9th place on the list of all of Brandenburg’s export partners. In addition, British companies like Rolls Royce create important jobs locally.

Our science and research sectors are closely linked, as are our universities. Students from Brandenburg who dream of going to London or Oxford within the framework of an Erasmus programme might be very disappointed, since it seems that such a stay will not be supported for much longer. Unfortunately, this also means that British payments into the EU Structural Fund might no longer happen: payments Brandenburg has been benefiting from extensively up until this day.

June 23, 2016 – Referendum in the United Kingdom on whether to leave the European Union

INVOCATION OF ART. 50 AND NEGOTIATIONS

March 20, 2017 – The UK Government triggered Art. 50 of the Treaty on the European Union. This started the two years lasting period of negotiations.

Phase 1 – Disentangling past ties and commitments

November 2018 – Under Prime Minister Theresa May the UK reaches a deal with the European Union. This deal included:

This section includes the Ireland/ Northern Ireland Protocol and the so-called “backstop”.

The backstop targets at avoiding a hard border on the island of Ireland by keeping Northern Ireland in parts of the common market as long as there is no alternative arrangement. Furthermore, the United Kingdom would remain in the customs area until then, even if there was no trade agreement at the end of the transition period.

The House of Commons rejected the deal three times. Consequently, Theresa May resigned as Prime Minister and leader of the conservative party.

The MPs were in particular sceptical about the backstop, which at its core remained part of the deal despite renegotiations.

In order to extend the length of the negotiation period, the government of the United Kingdom has to request an extension and all EU 27 members have to agree to it.

The House of Commons did not approve the deal until March 29.

Therefore, the UK would have left the EU on April 12.

Otherwise, the United Kingdom would have left the EU with a deal on May 22.

The UK and the EU agree on an extension until October 31 at the latest.

The United Kingdom has to take part in the EU elections in May 2019 or leave the EU without a deal on June 1.

October 2019 – Under Prime Minister Boris Johnson the UK negotiated a new deal with the EU.

In October 2019, the House of Commons for the first time approves a deal in principle.

Johnson by law is required to request an extension beyond October 31.

On October 17, 2019, the negotiators on both sides agreed on a slightly modified package which was approved by the Heads of State at the European Council (Art. 50).

On 12 November 2019, a revised Political Declaration was adopted regarding the framework for future relations between the EU and the United Kingdom, with an economic and security partnership as its key element. Germany’s trade with the UK is of great importance for the German economy. However, Brexit has recently caused German exports to the United Kingdom to fall more sharply than at any time since the financial crisis in 2009.

New elections in the UK

In the new elections on 12 December 2019, Great Britain’s Prime Minister Boris Johnson and his Conservative Party won an absolute majority of the seats in Parliament. Boris Johnson stuck to his Brexit plan.

On 24 January 2020, the withdrawal agreement was signed by the President of the European Commission, von der Leyen, Council President Michel and British Prime Minister Johnson.

Approval of the withdrawal agreement by the Member States

On 29 and / 30 January 2020, the European Parliament and the member states represented in the Council gave their approval to the withdrawal agreement.

Essential elements of the agreement are grandfathering arrangements for the rights of EU citizens in the UK and British citizens in the EU as well as the fulfillment of the financial obligations of the United Kingdom under the current Multiannual Financial Framework.

The rights of the EU citizens living in the United Kingdom until the end of the transition period and those living in the EU will be fully protected for life: They can continue living, working, studying and enjoying benefitting from social security in the UK or the EU.

The new Northern Ireland Protocol in as part of the withdrawal agreement states that, at the end of the transition period, Northern Ireland will be in a common customs territory with the rest of the UK, but at the same time will maintain a special customs partnership with the EU in which the EU Customs Code will be applied. Furthermore, all relevant EU internal market regulations will continue to apply in Northern Ireland. The necessary controls and collection of customs duties will take place at the entry points of the Irish island in Northern Ireland. This solution is intended to ensure both peace on the island of Ireland and the integrity of the EU internal market.

The United Kingdom left the European Union on 31 January 2020. After 47 years of membership, the United Kingdom is now officially a third country for the EU. Until 31 December, the UK is in an agreed transition period: although it is no longer involved in EU decision-making, EU law still applies to the United Kingdom until the end of 2020. Within this period, there will be no changes for the citizens in the EU or the UK.

On 2 March 2020, the EU and the United Kingdom entered into a new round of negotiations. The focus was on all areas which, from the EU´s perspective, require regulation in the future relationship. These include goods, fisheries, services, energy, transport, space, mobility of citizens, programs in (the areas of) research and development, internal security, foreign and security policy, culture and education and fair competition. For the future economic partnership, the EU is striving for a free trade zone without customs duties, fees, charges, quotas, or other restrictions for all sectors.

On 19 May 2020, the United Kingdom submitted its own draft text with its ideas on future relations. Under the difficult circumstances of the Covid-19 pandemic, the European Commission and the United Kingdom have been negotiating in eight rounds on how to proceed since March. Substantial differences have not yet been resolved. Another formal round of negotiations took place at the end of September. In addition, the two chief negotiators, Michel Barnier and David Frost, have been exchanging views regularly in small groups since the beginning of July.

On 29 September 2020, the British House of Commons voted in favor of the controversial Single Market Act, which could override parts of the Brexit deal. Prime Minister Johnson’s government sees the law as a so-called “safety net” in case of a hard Brexit. However, the EU calls it a “breach of trust”. The law would lead to the undermining of special rules for Northern Ireland, which would prevent a hard border with EU member Ireland.

The EU is trying to negotiate an ambitious and fair partnership with the UK. The Task Force for the Relations with the UK (UKTF), led by Michel Barnier, coordinates the work of the European Commission on all issues relating to the UK’s withdrawal and its future relationship with the European Union.

Regardless of the outcome of the negotiations, the United Kingdom will be treated as a third country from 1 January 2021 and will therefore no longer be part of the internal market and customs union. In case that the transition period ends without a ratified partnership agreement, the EU is preparing for any consequences that this may entail.